My influence was my older brother Ken, also a ham, K8YLY. My interest in Ham radio started back in high school. My high school, Euclid Sr. High, had a radio club, WA8ZGE. I became a member and I received my first license back in '71, my novice ticket, WN8LJP. I upgraded to Tech, with the call sign of WB8LJP. I kept that license for a while, but getting busy with family life, I sort of put ham radio on the side. After a while, my license expired. In 1982, I took the No-Code Tech exam with my present call N8WCR and upgraded to General. I later upgraded to General class. My next step is to go for my Extra Class license. While in the high school radio club, we had a couple of Swan rigs, a Swan 500C and a Swan 250C. I still have a fondness for these rigs, and have owned a Swan 500C and a 6 meter Swan 250C. I use DXLab Suite for my logging and radio control from my computer. 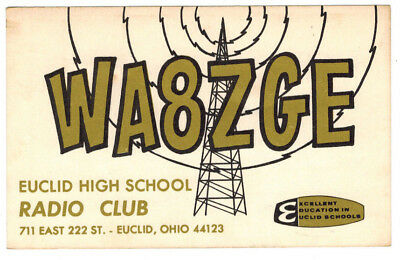 My main rig is a Icom IC746. I really like this rig, its very versatile and with 160-10meters, plus 6m and 2m, its all I really need for most of my work. My home QTH is Monroe Wa. CN87. Recently the internal antenna tuner died on me, so now I have a LDG IT-100 antenna tuner. I have put up a homebrew 40M EFH antenna in my yard, setup as a sloper with a paint pole extender. I have a SDR receiver to tune to the HF bands. The software is SDRUno software, and it is coupled to DXLabs Commander so it will track the frequency with the 746, acting like a Pandapter. It shares the antenna using a SDR Tx/RX switch, which grounds out the SDR when the the 746 is transmitting but lets both rigs receive on the same antenna. I have a Youtube video on how I have it setup. Panadapter using SDRUno SDR-RTL and Ham it Up Nano

My other radio ICOM IC-229H into a Diamond CP-22E antenna. I also use Raspberry Pis in my shack. On one RPi I use for digital modes using FT8 and SSTV, etc. by feeding the audio from the ACC jack on the 746 to a USB Sound card on the RPi. Then I have FT8 connected to GridTracker on my desk computer. Also on this RPi I have tar1090 adb-s aircraft tracking software installed, with a colinear cable antenna next to the living room window inside. The software of that is here. On another Raspberry PI I am running HamClock which is a very nice display with information for hams.

On 9-13-2022 I took the Exam test and successfully upgraded to the Amateur Extra test. This has been a long journey and it means a lot to me. The last exam I'd taken was when I got my No-code Tech license back in 1992. You see I had my license when I was in high school back in 71, first the Novice, then according to the Novice rules I had to upgrade. I upgraded to the Technician class license because my code speed wasn't up the 13 wpm requirement for the General. I had that license for years but because of life I let it expire. I did take the No-code exam in 1992 and passed. I didn't upgrade for a while, but when I decided to upgrade I was taking classes. While taking the classes I was talking to the instructor about having a Technician license back in the 70's. He then told me about he grandfater clause the FCC put in effect that if you ever took the Technician exam you can be grandfathered in because the exam for Technician back in those days was the same for the General license except for the code requirement. This was back in 2000, so I went to a VE session and proved to them I was eligible to be grandfathered to the General license. So in effect I haven't taken an exam since 1992. So now in 2022, 32 years later, I took a test. I'm a Amateur Extra now by passing a test, not because of a loophole that I was grandfathered in and I earned it this time. This is why taking the test is so important to me. I earned this one. I want to thank the GLAARG VEC (Greater Los Angeles Amateur Radio Group) for thier remote testing sessions. They were courteous and freindly and was helpful throughout the session.

You can find me on Discord in the TOADs Discord Server and Ham Radio Live server. I also have a YouTube channel which I post various videos, under Ron Wolenski N8WCR (https://youtube.com/@ronwolenski-n8wcr)

I have the following ham equipment-

Pictures of my hamshack and related items here.

My desk usually is under continous changes, I'm never happy the way it's set up so it changes from time to time. I have five monitors connected to my computer, all five are 24". The one on the top is shared with a HDMI switch, switching between the main computer, a couple of Raspberry Pi's, one is running HamClock which also hosts PiHole, and another Raspberry Pi that I use for APRS and WSJT-X. The small monitor on the bottom left is a USB 7" monitor, a DoubleSight Display which I picked up for $15 a the local Goddwill store. The one on top right is connected to my laptop which I use for logging. My logging program is DXLabs Suite

The radio on the left is my Icom IC-229H, an external speaker, then my ICOM IC-746 with an external LDG IT-100 autotuner on it's side. I'm using a Neewer NW-700 mic on a boom. I also have on the desk a HDMI Switch so I can swith the top monitor between the two RPi and my desktop computer, a speaker control switch so I can switch the speakers between radios.

I have a "ON AIR" light that I made using a 3D printer. It has led's inside and the box and front template I made on my 3d printer. I have it connected to the amp relay connector on the back of the IC-746. 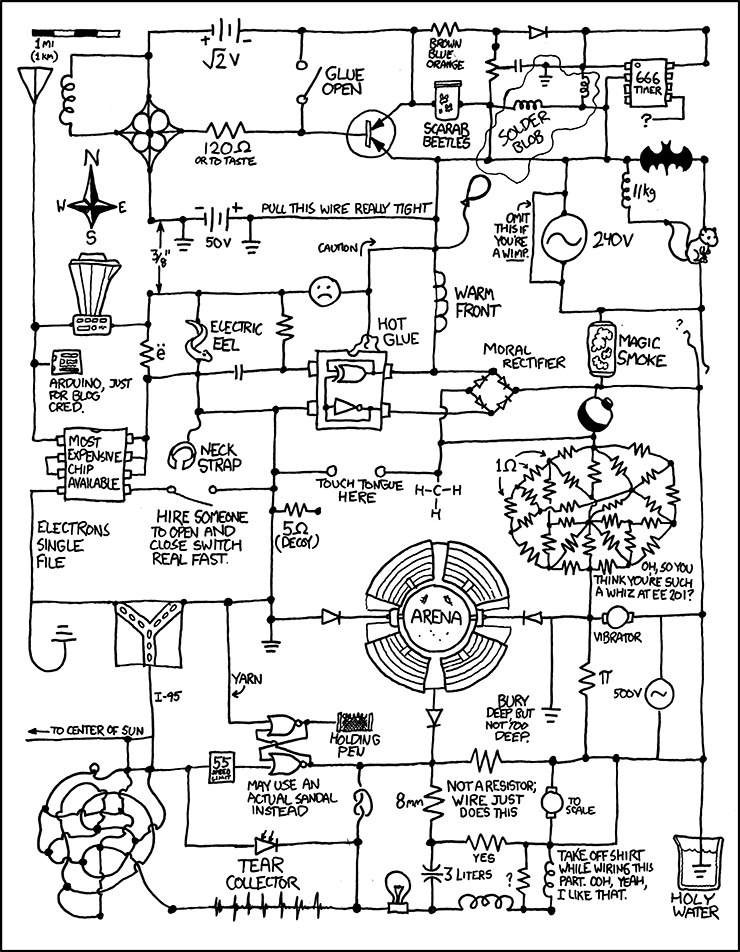 Here is some of my projects I made for ham radio. Some are printed with a Tevo Michelangelo 3d Printer.

Lately I've been using Touch Portal, a software alternative to Elgato Streamdeck. It's server application that is run on the computer and buttons can be defined to do tasks, and it links to OBS, Discord and other applications. You build the interface, which then runs on a client, either Android 4.1 and up, and IOS 9.3 and up. It has plug-ins for popular apps integration. There is a Discord community where users share thier pages and get help.

You can put use your obsolete or old devices you may have laying around. You can make multiple pages. The free version is limited to two pages and a 4x2 matrix of buttons. The paid version is inexpensive and can be used on multiple devices. I have mine setup for controlling the DXLabs Suite, sending keystrokes to Commander for rig control, as well as using buttons to log a contact. I have user-defined buttons on Commander to change the rig to a band, enter the low end and high end of that band into the radio's P1 and P2 memories so that I can then to a program scan of that band. These commands are on the Touc Portal ans a button for each band. I also have buttons to turn on/off NB, ANF AGC and Pre-Amp. I can do this all from a old Android phone I have without having to use a mouse, just push a button.


Another great option is the OBS integration. You can setup various OBS functions, like switching scenes, start and stopping recording/streaming. It can even show the output within the Touch Portal app. This is all done through the wireless network. Check it out!

Since the Icom IC-746 doesn't have a waterfall display, I decided to add a SDR Receiver and sync it the IC-746. I added a SDR receiver and used SDRUno, and with the SDRUno I have it synced to DXLabs Commander as a secondary radio. It uses the same antenna by having a SDR TX/RX switch that I bought off of Banggood.

The switch is triggered by the amplifier connector on the IC-746. Since I also are running the On Air light, I added a dual relay connected to the radio so I can trigger both. I have a YouTube video showing how I set this up. Watch it at Panadapter using SDRUno SDR-RTL and Ham it Up Nano

A home made 20 meter magnetic loop antenna with a homebrew high voltage capacitor. Since I'm in an apartment with no way to put up any type of large antenna, I decided to make this loop and place it on my balcony. Plans were taken from a 20 meter loop designed from SM0VPO, with a high voltage capacitor made from two pieces of copper clad pc boards separated by a kitchen cleaning sponge. A printed screw and round nut provides the manual adjustment. A 1:1 balun was made and placed inside a printed case. All tubes made from 3/4" pcv pipes. Instead of trying to tie wrap the cross pipes, I instead used a pvc cross pipe connector.

Pre-Assembly, finished with the wiring of the loops. Curly is doing Quality Assurance.

High voltage capacitor, two pcboards, 35mm X 30mm, separated by a kitchen sponge. A 3d printed adjustment screw and nut is used to compress/decompress the distance between the two plates. This was a trial and error, since the original size from the SM0VPO page was 60mm X 60mm, but the distance between the two plates to make this resonant was way beyond the spacing of the adjustment screw, so I had to make the capacitance smaller by making the two plates smaller. I can get the swr down to near 1.1:1 but the bandwidth is very narrow, usually around 40KHz wide before I have to readjust.

The box containing a toriod core for a 1:1 balun. The feed coax is coming out the left side of the box. It is glued and zipped tied to the horizontal pvc rod.

The antenna sitting on the balcony table. I picked up a snare drum tripod stand, the bottom half, from Goodwill and the pvc pipe slides right over it. It's not locked down on the tripod so I can rotate it around.
(Update: Since it didn't work as well as I expected, I tore the loop down)